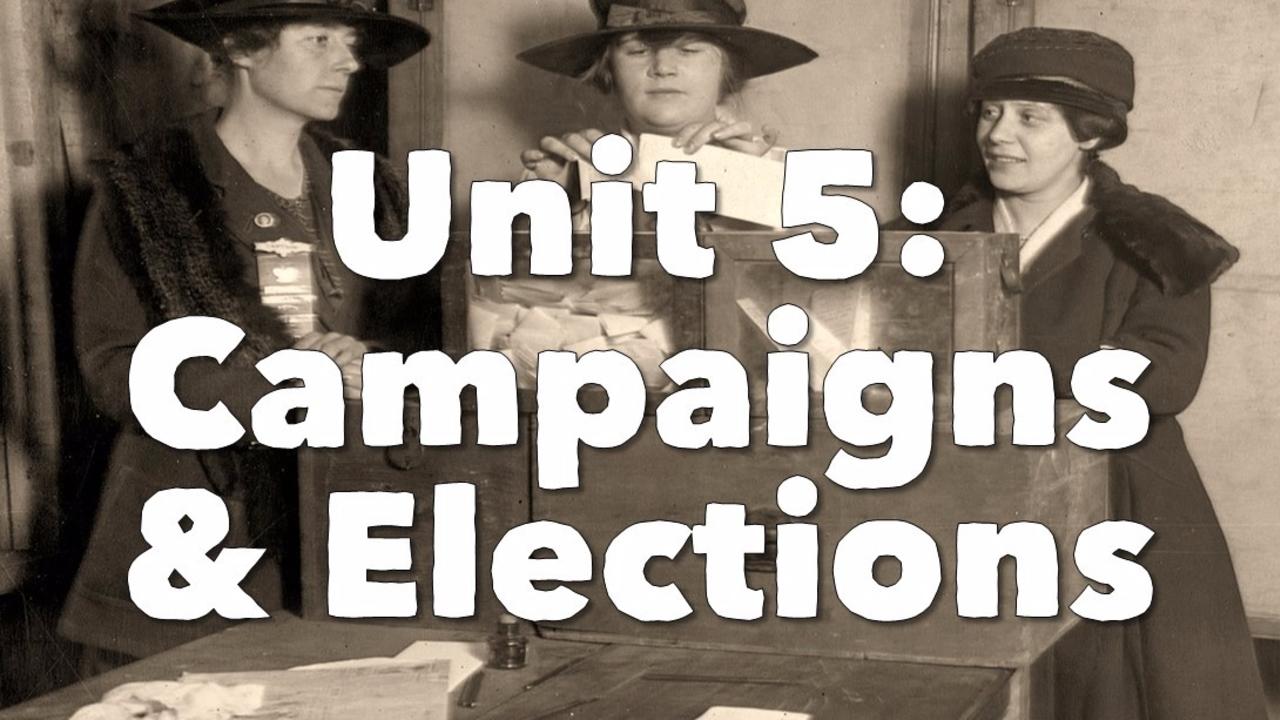 After covering the ideology, the political spectrum, and political parties in the previous unit, this unit plan focuses on Campaigns, Elections, and the Media. Remember, you get immediate access to this engaging and thorough unit plan when you join Students of Civics!

Topics covered in this unit include:

The unit begins with an overview of elections in the United States along with how political participation has increased through Amendments like the 15th & 19th, as well as other laws.

Next, students look at the Electoral College and significant or contested elections like those in 1876, 2000, and other years and the impact they had.

The next lesson plan has students analyzing gerrymandering and doing their own with maps to see if they can create districts that benefit one particular party.

Finally, there is a lesson on "Fake News" and the media. A PowerPoint with guided notes covers public opinion, bias, and the media's role in politics. Students then investigate fake news and compare MSNBC to Fox News.

The unit concludes with a variety of review games and activities to prepare students for an editable assessment to conclude the unit.

You can download this entire unit now here on TpT!

If you want this unit plus all the others for Civics, join Students of Civics today and you'll get immediate access to ALL of these awesome resources plus hundreds more for every other unit in Civics and American Government! 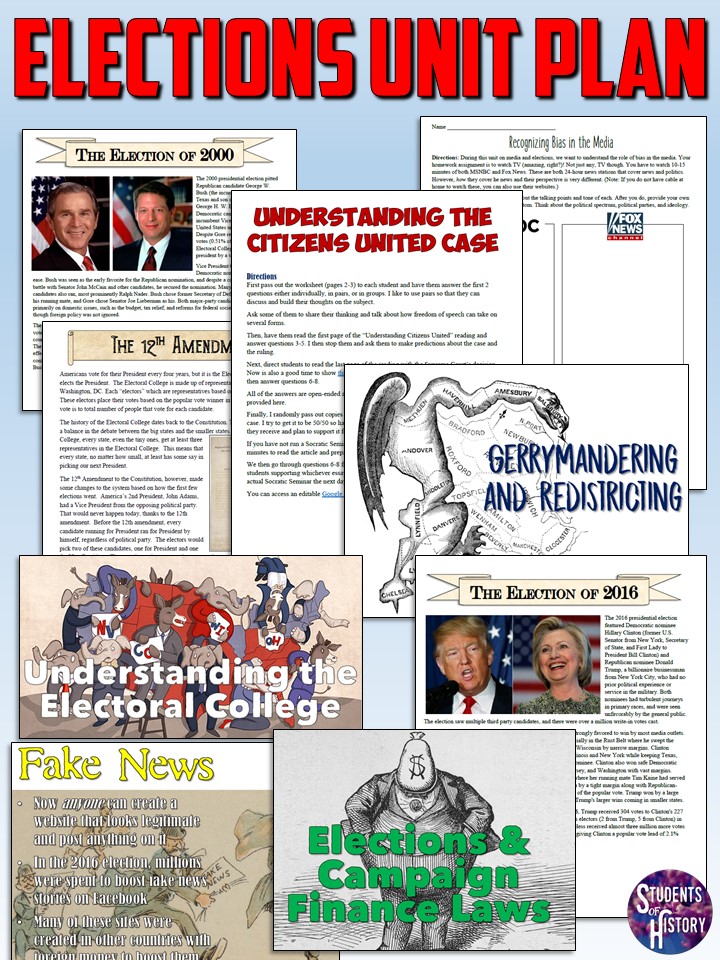 Stay connected with news and updates!

Join our mailing list to receive the latest news and updates from our team.
Don't worry, your information will not be shared.

Join Students of Civics and access all these resources today!

Enter your email and we'll send you some awesome Civics resources you can use right away!

Want to know more about Students of Civics lessons?
Enter your email and we'll let you know!